Elements of the Mexican Army carry out cleaning tasks, but the accumulation of sand and earth exceeds the shovels and wheelbarrows

Mazatlán, Sin.- A little over a week after the passage of hurricane ” Nora “, in the town of El Quelite cleaning work is still being carried out in streets and streams, after the river of the same name left its channel as a result of the rains that fell, which left flooding in the lower part of the community.

The same inhabitants cleaned the front of their houses and/or shops. Last Saturday a machine arrived to remove the mud from the main streets, but the roads surrounding the stream are still full of sand; the situation is that there are other towns that also have the same need for cleaning and the machinery is insufficient. 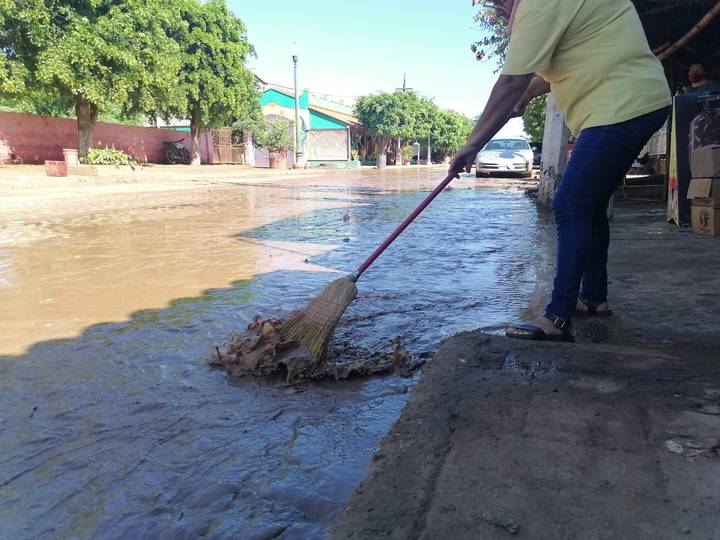 ” The cleaning stopped, it was coordinated a little by Civil Protection on Saturday, but they removed all the machinery that was there and right now the Army is walking with a shovel and wheelbarrow, ” commented the Trustee of the community, David Osuna Lizárraga.

He added that they also have problems with the spillage of sewage since the pumping station stopped working.

” The drainage is a bit late, they were to come on Monday to bring a pump to make the gully work, while the drainage is spilling into the river, ” he added.

Drinking water has not been lacking, but public lighting has failed, although this service was already inefficient for about three months.

” There was not so much damage, more than the sand that was accumulated in the bed of the stream; there were few houses that were flooded, those that are closest to the gully; the lighting, that already has about three months in terrible conditions “, he pointed.

Regarding livestock losses, he indicated that the damage count is reported to the Local Livestock Association, where they keep all the records; on a quick count, it is said that there are 60 to 70 stray animals.

When making a tour of the stately town, the presence of elements of the Mexican Army was found cleaning with a shovel and wheelbarrow. As they said, this Monday they would send them a machine to speed up the work, however, it never arrived.

In addition, a neighbor reported that while in the urban area they struggle due to the lack of drinking water, there in the community liters and liters of liquid are thrown away due to a failure in the storage tank. And the Jumapam has not gone to repair.