Brisia Aguirre found in La Cruz de Elota an investor and a group of young people with talent to develop technology; They are known as “Los Gamers de Rancho”

Mazatlán, Sin.- A couple of years ago a small educational video game development company called Ajal Game Studio was born in La Cruz de Elota, Sinaloa, which has earned the nickname in streaming as the “ Los Gamers de Rancho ”.

Brisia Fabiola Aguirre Ponce de León, 40, is the main “brain” of this brand that integrates young people from Sinaloa who also shares the same passion for video games. 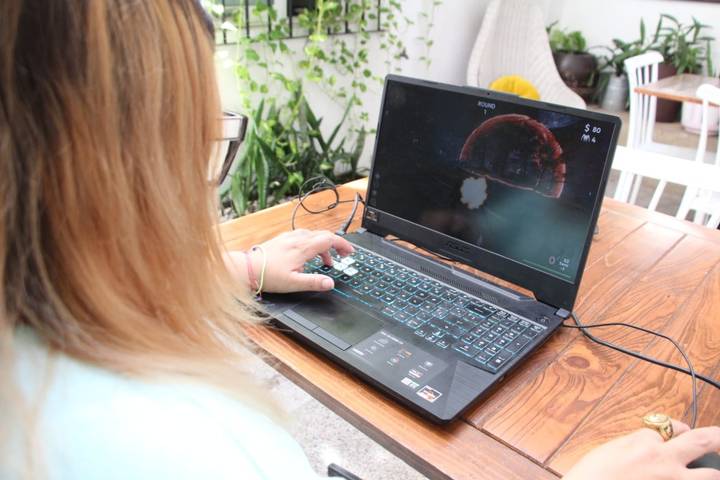 For a year they have managed to develop the video game “SpaceInvaderKreature SIK”.

For a year they have managed to develop the video game “SpaceInvaderKreature SIK”, through which the player can team up to defeat the extraterrestrial creatures called Alux and Wayans.

SpaceInvaderKreature SIK is developed around Steve, an African-American person who is in a coma and his dreams within his condition involve the presence of evil beings in each of the levels that players have to overcome; for which the Ajal Games team have put their knowledge to develop a video game with great graphics quality.

“We want the experience of those who play SIK to be unforgettable and that they want to continue playing it, the graphics have triple A quality; triple-A is like the top that is right now in games, it is 3D, it is very funny because when they listen to ‘Gamers de Rancho’ and they see the game, they expect to see a game all poorly made, with horrible graphics, you know, but no, SIK is not that.

It was in 2013 when the young woman from Mazatlan graduated with a degree in English teaching at the UAS Language Center, there she began to work on gamification and through a scholarship, she went to study in the United States, then went to work to the Polytechnic University of Sinaloa, where through a graduate fair he was able to go to the University College London. 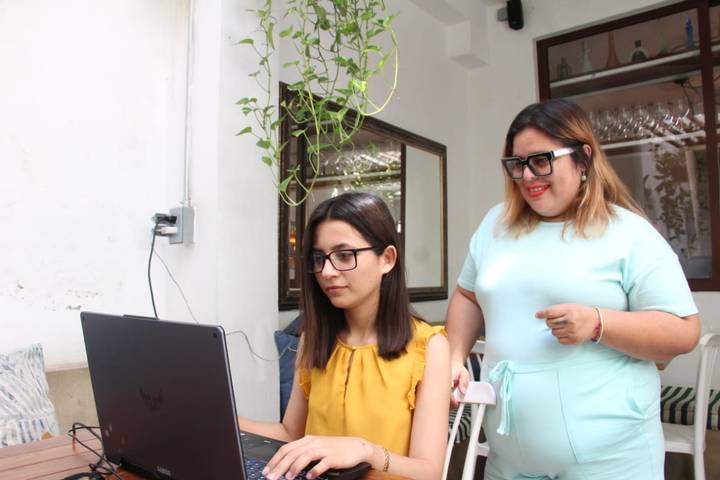 ” I had to be in the building where the media is, video games, robots were made, and it was there that I realized that I wanted to dedicate myself to making educational video games, I began to get involved in how it was designed, how it was distributed, how people used it. I was looking to continue growing; back in Mexico, with all these ideas that I met there, I said: I want to make video games. “

One year he was in London and another in Japan, as he won a scholarship. There he met more technology developers and also learned the administrative part, business and international markets.

When he returned to Mexico, the Universidad Politécnica del Mar y la Sierra opened in La Cruz de Elota and there was the language coordination position, where the laboratory came, so he asked the rector to give him the opportunity to continue with video games and design virtual reality to teach English.

That is how he began to recruit boys and to form a team of programmers, designers and voice recognition because the idea was that he could enter a virtual environment where English was practiced and it worked. 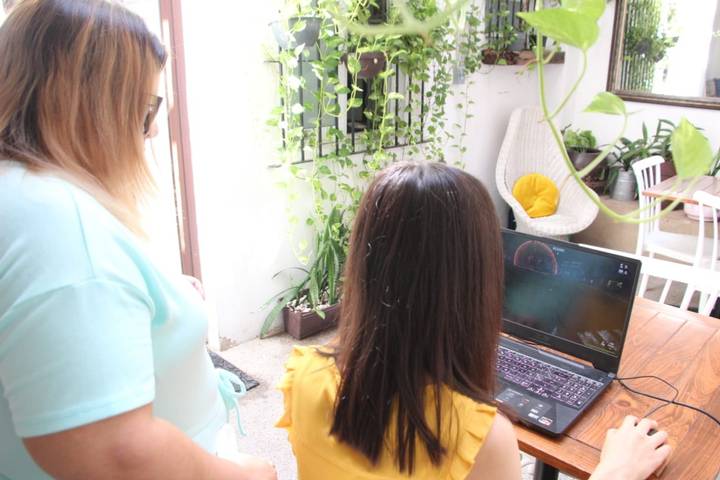 In 2018 they went to New York, San Francisco and to different parts of the world to present what they were doing in the research stage for the master’s degree; and at the end of October of that same year, they began to create video games, but focused on the educational part.

They created Delphy Town, which is a VR video game for learning English, as well as digital practice scenarios for advanced students who wanted to improve their speaking skills.

Since she was a child, Brisia liked video games, she spent hours playing Mario Bros and Super Mario Bros with her brothers, among others. It was something that was always in her house, only that she liked the most violent games.

Before the pandemic, he had to leave the university’s language coordinator for personal reasons, he returned to Mazatlán, his place of origin, months later he found investors and returned to La Cruz, where he had many opportunities to continue with the video game.

“ It was January of January 2020, we started in offices with the boys that I had already recruited, I already had them in training, because one thing is for them to be computer scientists and quite another to know how to make video games, those who are with me in this project are Javier León López and lead programmer; Alejandrina Herrera Saldaña, full-stack design, and programming ”, he commented. 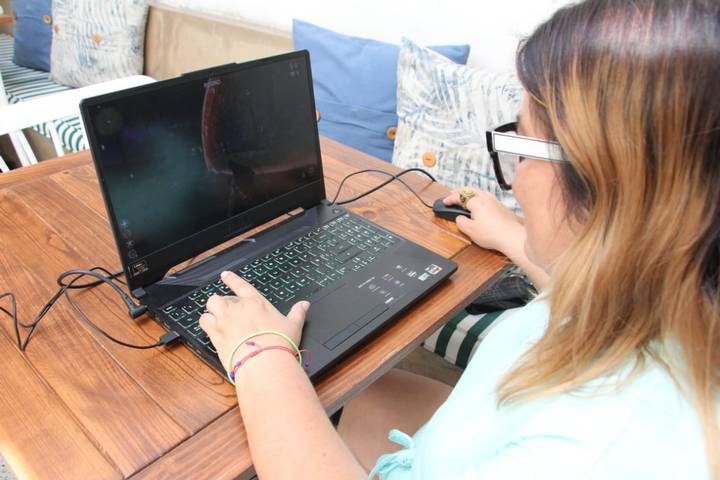 ” When the Covid pandemic comes, we start working on a serious game, but we said: to which school are we going to sell it if everything is closed, it was not at a point that we could launch it and we were burning money from something that was going to It would take a long time to return, so we stopped and started the Sik game, which was launched in June with a good response, we are inviting all people to play, it is already on the market in early access. “

In addition to seeking to publicize her project internationally, along with video games such as Free-Fire or Call of Dutty, it is indisputably trying to reflect that being a woman is not an impediment to showing talent that exists in other sectors such as online games.

The mother of two girls, although she is still not where she wants, is proud of what she has achieved, since creating video games involves a long and expensive process, and it also takes committed people.

She shares that combining her role as a mother and a video game creator has been difficult, especially for her daughters, since she recently divorced and not spending as much time as she wanted makes her feel a lot of guilt, but seeing what she has achieved, knows it was worth it.

” We are the strangers of the town because it is the mother who makes video games and xtrimea, I travel a lot, although this was stopped right now due to the pandemic, leaving them with my parents, from whom I receive a lot of support has an impact on my daughters obviously, I arrive and my daughter, especially the little one, has separation anxiety. “ 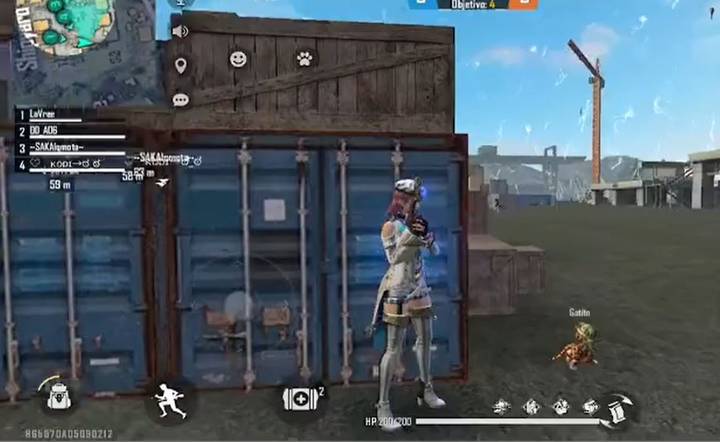 The teacher in technological education comments that Sinaloa has been a very artistic entity, but not a technological one, which is also very closed for women; in fact, it could be said that it is a rather macho environment.

” We Sinaloans also do interesting things, we are developing a game that is very diverse, we want the world to know the talent we have in the state, that we not only shoot bullets and produce drugs, but we also make video games .”

Sik is already starting to move and attract attention in Russia and China, so they seek to give it more local diffusion, for this they can visit www.facebook.com/AjalGamesOficial, www.facebook.com/spaceinvaderkreaturesik and https: //store.steampowered. com / app / 1485970 / SIK_Space_Invader_Kreature /