The PRI deputy, Ana Cecilia Moreno Romero, said that the Tarahumara are dying of hunger and disease due to lack of support

Sinaloa.- Deputy Ana Cecilia Moreno Romero, member of the Commission for Communities and Indigenous Affairs, warned that the situation that indigenous people are going through in northern Sinaloa began since the federal government took away prosperity and popular insurance. Now they are not only starving, they are dying without being able to take care of themselves.

“It will be necessary to remember that the first cuts for the indigenous people were precisely from the federal government where they suddenly took away prosperity, the popular insurance, among others, there begins the serious problem that the indigenous people are going through because even in the problem of the health we must remember that the popular insurance that was highly criticized, even I can count myself, but I did take care of them and it did not cost them a penny ”, he recalled. 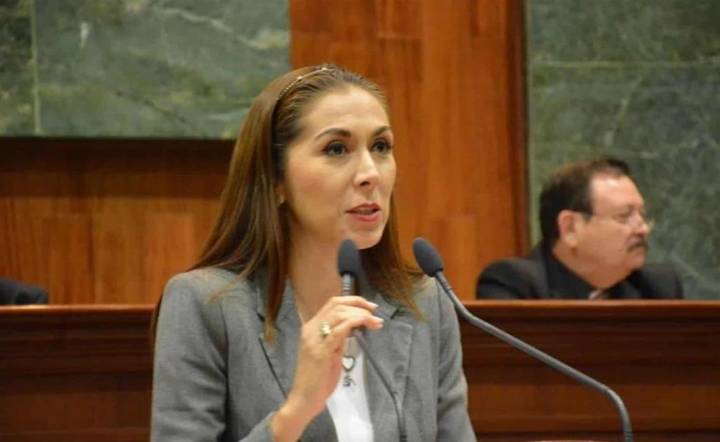 The PRI deputy for Sinaloa de Leyva, where a large number of indigenous people are concentrated and who has given several turns to said municipality, said that she agrees with the complaint made by the Morena legislator, Graciela Domínguez, but that we must see the context in its proper dimension because what is happening in the highlands of Sinaloa is truly alarming.

“ Before women came down to give birth to their children, they had care in rural clinics, now, they no longer attend to them, less they give them medicine, first because they no longer have popular insurance and there is not a single medicine in those clinics Some are closed, precisely due to lack of supplies, ”he said.

The hospitals in the mountains no longer have anything, if in the big cities there is not even a syringe, now they imagine themselves there in the mountains, for that reason, I say that you have to see reality in all its dimensions.

” The true reality is sad, desperate, the lack of supplies is a serious, strong situation and that undoubtedly the root of the problem has to be analyzed, now, when they can, the indigenous people go down in search of health with a lot of sacrifices, even selling how little they have to be able to take care of themselves ”, he pointed out.

He regretted that many indigenous people are left on the road, they cannot reach medical attention due to the distance and lack of roads.

He cited, for example, that the bite of vipers and other arachnids is very common and that when they arrive there is no antidote and they die irretrievably.

” The federal government drastically cut budgets for many programs that were being applied to indigenous people and that therefore right now are suffering and suffering many of the indigenous areas due to the lack of works,” he said.

He stressed that, while it is true that the state government has done what it could and stretched the money, there is still a lot to do from both the state and federal government.

“ Yes I have to admit that in Sinaloa there are many shortcomings, yes works were done in the highlands, however, I can say that the roads are the main problem and that special budgets are required, but not just one government, it is urgent that the three orders of government go hand in hand: federal, state and municipal, “he said.

He reiterated that the problem that the indigenous people are suffering is not a matter of blaming him, of throwing the ball on just one, I think we have to come together and see the root of the problem, but, above all, give him a solution.

” The issue of food, roads, is an issue, but very serious, but it is not necessary to question which government, but rather it is to seek the solution that I think is the most prudent, ” he concluded.

By order of AMLO, Castañeda will remain as chief of Sinaloa Public Safety

Almost all crimes in Sinaloa is down, but robbery grows 46%