The project is carried out with an investment of 1,440 million pesos

Mazatlán, Sinaloa.- A 55% progress records the construction of the Sea of ​​Cortez Aquarium that will have an investment of more than 1,400 million pesos and that is part of the Central Park of Mazatlán, revealed Guillermo Zerecero Velo.

The project representative said that the Covid-19 pandemic had a negative impact on international suppliers, however, he trusted that it could be opened to the public before the end of this year.

” It continues to program for the end of the year, the accelerator is being put in place, the issue of the pandemic had a great impact, especially due to the international supply that was greatly affected in its processes of production and transportation of goods from other countries by sea and it has resented the play, “he said.

He assured that nothing puts the construction and effectiveness of the processes at risk, but it did stick in time, the building work is already finished, the next part is the installation of the equipment.

Zerecero Velo explained that the initial investment of the aquarium that will be the largest in Latin America was 1,200 million pesos and increased more than 200 million pesos.

” The project has had an increase initially, it was 1,200 million pesos and we are already in 1,440 million pesos the difference of more than 200 million pesos are contributions from the private part developer, public participation does not increase that remains fixed in the initial amount, “he said.

He pointed out that the Central Park, where the state government is investing more than 220 million pesos, is in the final stage to be opened to the public. 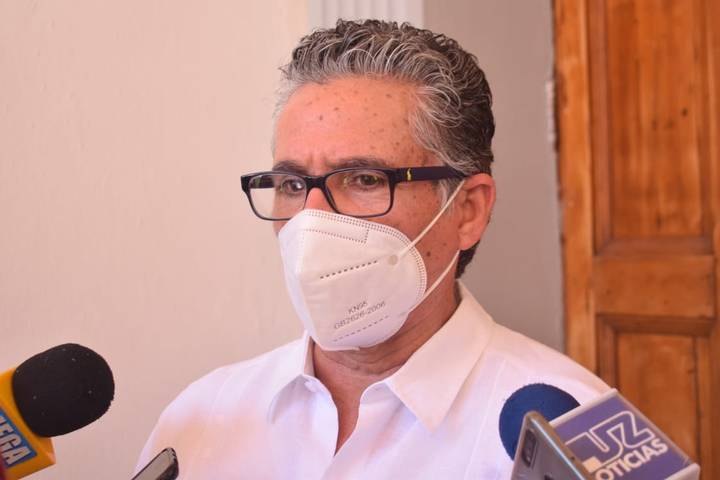 ” The park as such is on municipal land and being developed by a work carried out by the state government with a project donated by the Mazatlán Union Trust and the state government to this development, construction is in the last stages and very close to announcing from the Secretary of Public Works the opening to the public “, concluded.