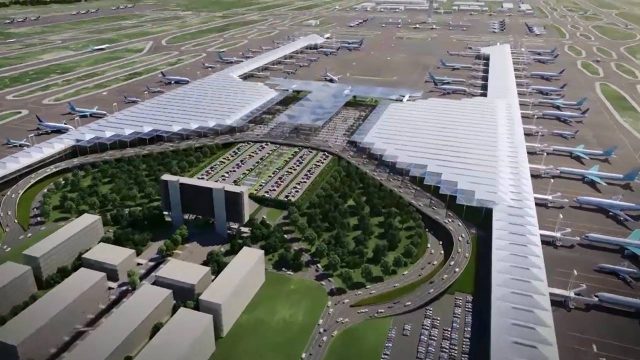 The president published a decree on Tuesday expropriating more than 11 hectares in 4 municipalities of Edomex for the Santa Lucía airport.

President Andrés Manuel López Obrador published on Tuesday the decree expropriating more than 11 hectares of ejidal lands in 4 municipalities of the State of Mexico to be part of the work at the Santa Lucía Airport.

The announcement published in the Official Gazette of the Federation orders the expropriation “for reasons of public utility” an area of 11 hectares, 54 areas, 41 centiares and 974 milliares in favor of the Secretariat of National Defense (Sedena), in charge of construction from the air terminal.

For the land, 33 million 251 thousand pesos will be paid to 6 possible affected owners of two polygons of ejidal lands. Said resources must preferably be deposited in the Trust Fund for the National Ejidal Development, after which the Sedatu will deliver the properties to that agency.

“The area to be expropriated will serve as an acoustic and security buffer area. It foresees that urban development will not enclose the Airport in the future, preventing its maximum development. Its last growth phase is projected for 2052 ”, says the decree.

Just last week, Sedena had declared a cause of public utility to expropriate 109 hectares in those 4 municipalities.

Despite several adjustments in public spending under the argument of AMLO’s ‘austerity’, the Sedena increases the airport’s budget.

In the middle of the Covid-19 pandemic and with the motto of austerity, the federal government spent 128% more than it had a budget for the Santa Lucia Airport in 2020 , one of the three main works of President Andrés Manuel López Obrador.

According to a report from the Center of Studies (CEFP) of the Chamber of Deputies, the Secretariat of National Defense (Sedena) spent last year 12,257 million 200,000 pesos, when the legislative palace of San Lázaro labeled it 5,372 million 200,000 pesos; In other words, the expense contemplated for the work increased 128%.

This Wednesday, López Obrador inaugurated the Santa Lucía air base, located in the municipality of Zumpango, in the State of Mexico. Construction of the airport is expected to be completed by March 21, 2022.

The complex will have three tracks, two of them civil and one military. The total cost of the work, including the land connection to the Mexico City International Airport and various military installations, is 82,136 million 100,000 pesos. The first year is expected to serve 19 million passengers.

This occurs when the federal government has made several adjustments to public spending under the argument of “austerity . ” For example, the disappearance of 109 trusts related to science, sports and emergency care.

A few weeks ago, López Obrador assured that he will continue the cuts to official spending: “ I am in favor of reducing government spending, because even with Republican austerity there is still a lot of superfluous spending in the government. Government spending needs to be further reduced ”.

The other two main works of López Obrador are the Mayan Train, for which 7,471 million 200,000 pesos were spent in 2020, and the Dos Bocas refinery, in Tabasco, in which 43 million pesos were spent. Both works have had their budget increased year after year.