Street vendors ask that no more parking spaces be taken away

Mazatlán, Sinaloa.- A contingent of approximately 300 people, including beach vendors and fishermen, held a peaceful march this morning in the form of a protest against the expansion of the cycle path adjacent to the boardwalk, from the Monument to the Fisherman to the Monument to the Venadito; your request, do not remove more parking spaces.

And it is that by expanding the bike lane any possibility of parking in front of the boardwalk is being eliminated, a situation that has harmed merchants, mainly in Playa Norte, Playa Pinitos, and El Clavadista, since there is no place to park their car, both tourists and locals, stop attending to make any purchase or consumption to avoid a traffic ticket.

Losses of 30 to 50% have already been recorded by some vendors in just over two weeks when they began painting the bike lane. The demonstration was already coming, because at the beginning the merchants expressed their discontent since the impact was immediate.

The march started from “the monos bichi monument” around 9:00 in the morning, continued along Guillermo Nelson Street until it reached the esplanade of the Plazuela República in front of the City Hall. “This project hurts more than it benefits”, “Do not remove more parking, Mayor” , “They are fining and harassing the tourist for parking on the boardwalk”, were some of their slogans.

“They have taken away the few parking spaces we had from the Monument to the Fisherman in Olas Altas, which has hurt us a lot, here the tourism that visits us today is road tourism and they cannot park their car because as soon as they arrive traffic ticket “ , commented Jorge Ríos Rubio, leader of the federal zone vendors 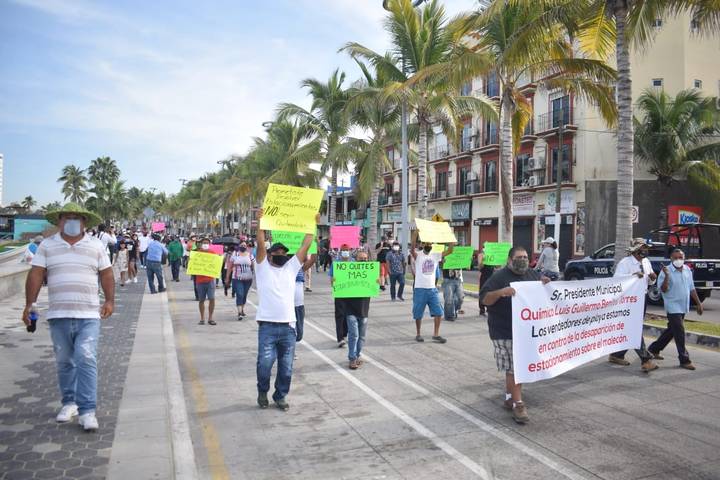 He added that this is an inconvenience for tourism and in case the cars do not withdraw from the project, they will seek to establish strategic schedules so that vehicles can park.

Of lost that they put a schedule, because we have started to count the bicycles that pass through the bike lane and one passes every three hours, Mazatlán is not a bicycle rack

In addition, he pointed out, they will request an audit with the Tourism Commission in City council, about a regulation of beach use which they are about to approve and of which they are not aware. 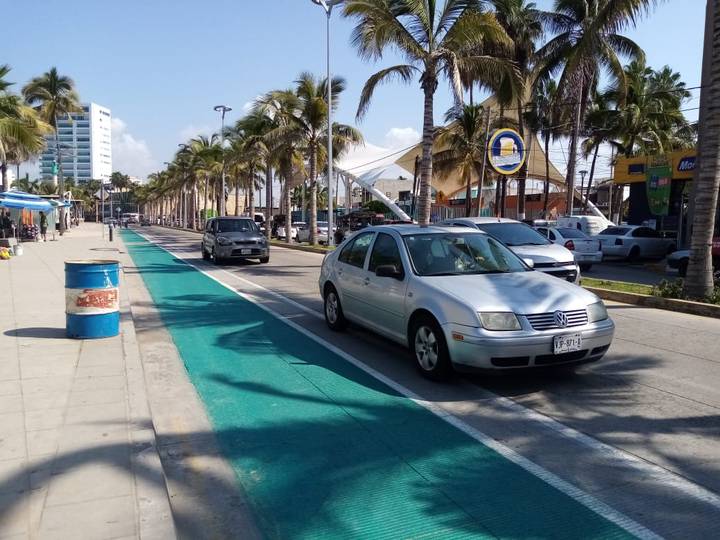 “We come to see with the Tourism Commission about a beach regulation that they are about to approve, we want to see what it contains and how that regulation hurts us. We do not know it, unfortunately, the authority does not socialize or consult citizens on what it hurts them “he noted.

“We do not have to take away our permits, said Ríos Rubio, because whatever they do is illegal, to be legal they have to reform everything up to the Constitution and the regulations for the use of the federal zone, which is very complex,” he added.

A few minutes later, the Secretary of the City Council, José de Jesús Flores Segura, came out to receive them, who asked a committee of 10 people to enter into a meeting with Mayor BenitezTorres. 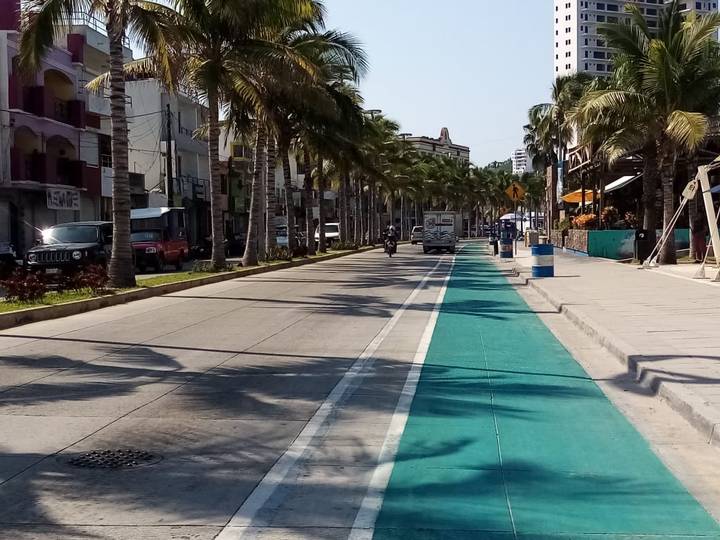 At the end of this, Ríos Rubio reported that no agreement had been reached; however, they will meet again on Friday where all the stakeholders will be present, such as the Mayor’s Office, Municipal Transit, and the Beach Operator and Administrator to give a final resolution.

Only Mazatlan locals, not tourists, will be asked for proof of covid vaccination

For fear of contagion, Mazatlan beach vendors will stop activities