Service provider points out that demand increases during the weekend

Mazatlán, Sinaloa.- From 10:00 in the morning until 6:00 in the afternoon Francisco works in Playa Gaviotas offering his services of parachute flights; today he said it was a very good day as he made 15 trips.

He points out that during the week the tours go down too much because the demand is according to the arrival of tourists to the city since the local people do not request almost this type of service.

Now it was very good since it is the weekend, a little more people came, it also favored the weather. Today we made about 15 trips, you see that the hotels are in the middle there is not much tourism and they are the ones who request the service, “he noted.

They also take banana rides and of these trips, they only made two during the day, as they give priority to the parachutes since the banana boats turn over, has to be accommodated and more time is wasted 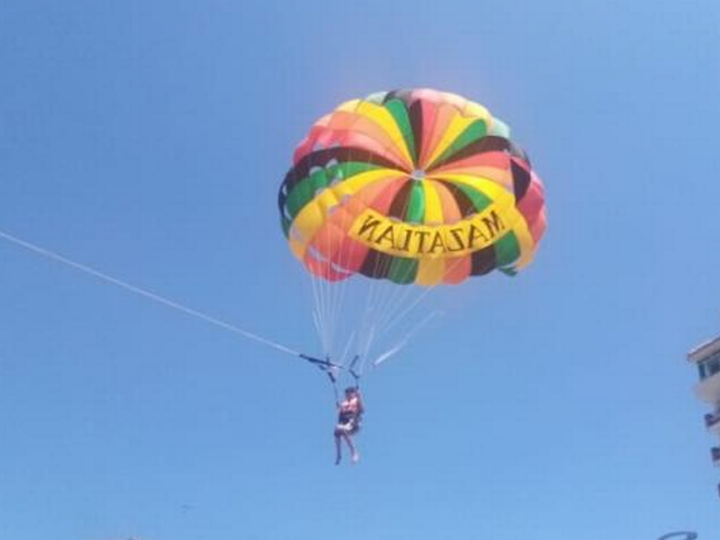 The banana has capacity for eight people, but right now due to the protocols we are going up from four to five nothing more

The parachute ride through Mazatleca bay has a cost of 600 pesos. The banana ride costs 150 pesos per person; both have a duration of 10 minutes approximately.