Aurigas, pulmonias, and urban buses are those that incur faults such as overloading and not using face masks

Mazatlan, Sinaloa. With the increase in the flow of tourists in Mazatlan , more violations have been registered in public transport for overcrowding and for not using a mask. Only this month, 100 infringement tickets have been raised, revealed José Vallejo Carrillo.

The delegate of Roads and Transport in the southern zone stated that during the holidays there was a strong influx of tourists, which benefited the modes of transport of aurigas, pulmonias, and taxis, due to the volume of users, for which the vigilance so that they respected the quotas of the units.

He recalled that the use of a face mask is already a mandatory measure, both for drivers and for users who approach public passenger transport.

“We try to enforce it, obviously there are some infractions, so far this month around 100 infringement tickets have been prepared, because they do not use the mask and due to an excess of authorized users and we are working to regulate that situation,” he said.

He indicated that especially people who come from abroad are reluctant to use the mask when boarding the transport.

And on the other hand, some drivers have resisted respecting the authorized quotas, in such a way that Roads and Transportation has had to lift sanctions, including the arrest of units to regulate the provision of that service and avoid the greatest possible contagion of Covid-19. 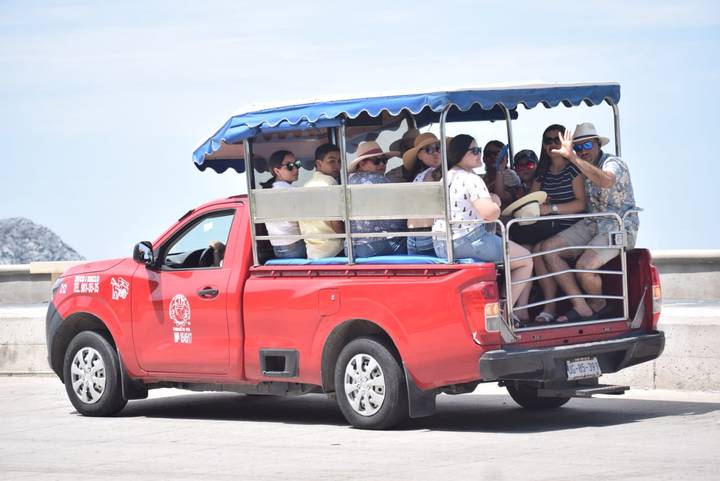 “We call on drivers and users of public transport that when they use a unit they use a mask, it is very necessary to avoid a possible contagion of coronavirus that people also understand and understand that it is for the benefit of their health and drivers are obliged to ask users to comply with this measure and with everything else, “ he said.

Vallejo Carrillo confirmed that resistance to the use of face masks occurs a lot in pulmonias, aurigas, and in urban transport, especially with vacationers, who refused to use the sanitary measures that were implemented by the authorities.

I assure you that this operation will continue despite the fact that starting this week the influx of visitors decreased at the end of the summer holidays since the arrival of tourists is expected to increase on weekends.