More states and municipalities claim the appellation of origin of this drink, according to the Mezcal Regulatory Council.

Sinaloa, Monterrey, and Querétaro are seeking to obtain the Denomination of Origin to produce and market mezcal, according to Hipócrates Nolasco, director of the Mezcal Regulatory Board, which opposes the expansion.

“The government, through the Mexican Institute of Intellectual Property (IMPI), wants to grant it to places where the interest is obviously tourism, leaving aside the cultural roots when precisely that is why a Denomination of Origin is established. , and that is the part we are claiming, “says Nolasco, whose council brings together more than 1,300 mezcal companies.

For an entity to be part of the denomination, it must show that it has an endemic maguey (natively), which produced ancestral handmade mezcal, and its cultural persistence, which indicates that there are still producers of this drink in the area. .

The politicians of those states ensure that they meet the conditions. On October 11, the Senate of the Republic published through a statement that the mezcal industry has been present in Sinaloa since 1850, with an artisanal process, and expanded in the southern part of the state, where they produced approximately 20,000 liters per day. However, it was not considered in 1994, when the denomination was granted to 12 other states.

“Since its inception, and until 1979, the municipality of Mazatlan was a large producer of mezcal, and Sinaloa achieved the third place in national production until this activity was banned by Governor Leopoldo Sánchez Celis,” said the senator Mario Zamora, of the PRI, in a statement.

Therefore, Zamora presented a point of agreement proposing that the Senate urge the IMPI to complete the administrative procedure, and authorize the request of the government of Sinaloa to expand the area of protection of the denomination of origin of mezcal and include municipalities of San Ignacio, Mazatlan, Concordia, and Rosario.

“It all started as a bad joke, trying to accept Aguascalientes, the State of Mexico and Morelos a few weeks ago, but we see that the federal government is not going to stop, is not sensitive and seeks to turn to the CRM trying to create a business chamber that validates these requests “, adds Nolasco.

At the beginning of August, the IMPI included in the Denomination of Origin Mezcal (DOM) 23 municipalities in Morelos, 15 in the State of Mexico and six in Aguascalientes. The resolution allows the producers of these municipalities to distill, process, pack and market the traditional drink, whose name originally included only Oaxaca, Guerrero, Michoacan, Tamaulipas, Durango, Guanajuato, San Luis Potosi, Zacatecas, and Puebla.

The National Chamber of the Mezcal Industry (Canaimez), the Maguey Mezcal Product System and the CRM oppose the extension of the denomination of origin, as they argue that it was granted without involving the mezcal sector, the mezcal villages, and the indigenous communities that integrate it, and denounce in a statement an “outrage” against thousands of families producing the drink.

Nolasco says that what the CRM is looking for is for the federal government to do more serious legislative work on appellations of origin.

“Today there are weaknesses, such as not showing the origin, and that an official approves it from the desk, without confirming if there are vestiges of mezcal in the town. Nor do they want to rely on technical institutions, “he says.

So far, the request for Aguascalientes, the State of Mexico and Morelos is still in custody, but Nolasco fears that it will be approved before the end of the sexennium. 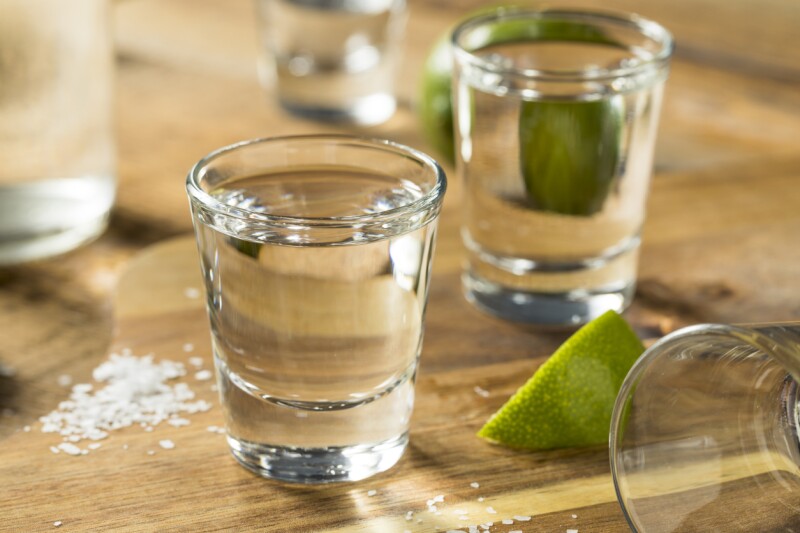 THE MEZCAL DISPUTE THAT PUTS THE FUTURE OF MORE THAN 30,000 FAMILIES AT RISK

This is what you should know about the inclusion of three states as producers of mezcal and why the mezcaleros try to avoid it.

The producers of mezcal are the protagonists of a dispute with the Mexican Institute of Industrial Property (IMPI) over the denomination of origin of the traditional drink, which provides sustenance to thousands of families in the country.

The claim, caused by the inclusion of three states to that denomination, reached its peak on Tuesday when there was a clash between police and a group of mezcaleros protesting in Mexico City, led by the governor of Oaxaca, Alejandro Murat.

These are the keys to the ‘battle’ that has as an object in discord the ancestral drink.

The origin of the dispute

At the beginning of August, the IMPI included 23 municipalities in Morelos, 15 in the State of Mexico and six in Aguascalientes in Mezcal Designation of Origin (DOM).

What is a denomination of origin?

The Industrial Property Law defines the concept of the Denomination of Origin as follows:

“Denomination of origin is understood as the name of a geographical region of the country, which serves to designate a product originating from it, and whose quality or characteristic is due exclusively to the geographical environment, including in it natural and human factors”

The National Chamber of the Mezcal Industry (Canaimez) and the Maguey Mezcal Nacional Product System oppose the IMPI granting the expansion of the DOM in favor of Morelos, the State of Mexico and Aguascalientes.

They argue that this extension was granted without involving the mezcal sector, the mezcal peoples and the indigenous communities that make it up, and denounce in a statement an “outrage” against thousands of families that produce the drink.

Producers say they are facing the risk that the World Intellectual Property Organization (WIPO) cancel the DOM, which would affect “the living conditions of more than 30,000 families dedicated to the cultivation and production of mezcal in areas of high and very high socioeconomic marginality “.

The document, launched on Tuesday, asks the president-elect, Andrés Manuel López Obrador, to take ” letters regarding this arbitrary and illegal extension ” of the DOM and in a conference, the associations demanded to cancel the incorporation of the three states.

Protest with a violent end

A  group of Oaxacan mezcaleros, led by Alejandro Murat, demonstrated in Mexico City to protest the decision of the IMPI.

Towards the end of the march, which ended in front of the institute facilities, the protesters clashed with grenadiers from Mexico City, assaulting them with stones, bottles, clubs, belts, boats, shields and clubs.

In an interview after his participation in the demonstration, Murat said that currently there are more than 500,000 hectares that have the DOM, while, of Tequila, Cognac, and Champagne there are only 100,000, 80,000 and 30,000 hectares, respectively.

After the mobilization, Murat informed that before September 20 the producers of mezcal of the nine entities that have the denomination of origin will be served by the Secretary of Economy, Ildefonso Guajardo.

“It will receive all the producers, the Mezcal Regulatory Council, the nine states so that from there, and start a process that gives transparency, confidence and that gives certainty to families producing mezcal”, He said.

He added that Guajardo expressed his willingness to personally talk with the producers and, in this route, initiate an approach that gives certainty to the more than 90,000 producers of mezcal in the country.

Mazatlan bets on gastronomy as a tourist attraction, after the boardwalk