The bank informed its clients that branches will close as of 3:00 p.m. on Friday,
September 28, due to an update of their systems.

The Scotiabank bank informed its customers that this Friday 28th September from 15 hours various bank services including branch closures, available to be suspended cash in ATMs and the use of digital applications due to update their systems. 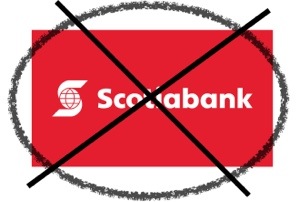 The bank of Canadian origin explained that its branches will close from 3:00 p.m. on Friday,
September 28. “Our Saturday branches will also not be open to the public on September 29. The branch service will be restored on Monday, October 1, at its usual time, “explained the bank.

In the case of ATMs, the cash disposal service will not be available from Friday, September 28, from 10:00 a.m. to Saturday, September 29 at 08:00 a.m., time in Mexico City, with what during the weekend the service for checking balance, change of PIN and purchase of airtime will not be available. If cash is required, Scotiabank invited its users to use the 5 thousand 300 ATMs in their network in alliance with other banks without charge of the commission.
– The banks with which it has alliances are Inbursa, BanBajío, Arme,
BanRegio, Banca Mifel, Intercam, Banco Famsa, and Mi Banco Auton
.
Meanwhile, debit card users will not be able to dispose of their money on Friday, September 28, from 10:00 p.m. to Saturday, September 29 at 8:00 p.m., Mexico City time.

Agreement between the Mazatlan and Grupo Arhe is announced