The United States of America has a population of 99 million adults of 50 years of age or older, and 40.2 million of them have passed the 65 years (Census, 2018), this population and their needs are the basis on which the Senior Living Industry has established its development. According to the National Investment Center for Seniors Housing & Care – NIC (2018), only considering houses and communities with at least 25 units/beds, currently in the United States there are about 2.9 million units in slightly less than 22,100 senior properties; and the estimated total market capitalization is said to be between $250 and 270 billion USD.

NIC in partnership with the National Real Estate Investor – NREI published the Senior Housing Investment Outlook – 2018, which brings some interesting facts about this industry from an online survey of 140 respondents applied between May 17 and June 20, 2018:

Where are we in the real estate cycle?

Will occupancy rate rise in the next 12 months?

Will rent rise in the next 12 months?

Beside the sentiments of the respondents, there are facts about occupancy and inventory that support the idea that this industry is one of the most profitable industry in the real estate business.

In the last 3 years, the inventory has grown consistently, and it almost reaches a growth of 4% in the second quarter of 2017.

Even when inventory has kept growing since 2015, the occupancy has been relatively stable, just a facing decrease if 2.2% in the same period. 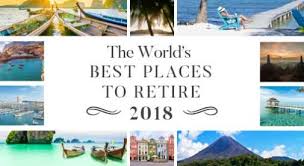 Mexico has beautiful beaches and interesting historic attractions, all within a short flight to the U.S.

it’s clear that there are social and economic differences between Mexico and the United State but having Mexico a 63.6 million population of adults of 50 years of age or older and being 18.9 million of them pass 65, there’s more than enough potential to develop the Senior Living Industry in the country.

AMAR Consulting estimates the existence of 534 houses/communities in Mexico dedicated to the senior care and even when most of them operate in conditions below the minimum standard set in the US, there are interesting projects like Le Grand, Belmont Village, Villa Azul and Centro de Libano in Mexico City and Quintalegre and Las Gardenias, Querétaro. that is setting the basis of this industry in Mexico.