The Pescado Zarandeado traces its origin to pre-Hispanic times, more specifically, according to the legend, of the island of Mexcaltitán, in Nayarit.

Recall that in indigenous times part of the Nayarit state and south of Sinaloa were unified by the Totorame people, whose main dominion was Chiametlán, and ran from the Piaxtla river to the north – San Ignacio municipality – to the Santiago river to the south, having an eastern limit the western mother sierra where xiximes and acaxees preferred human flesh to feed. 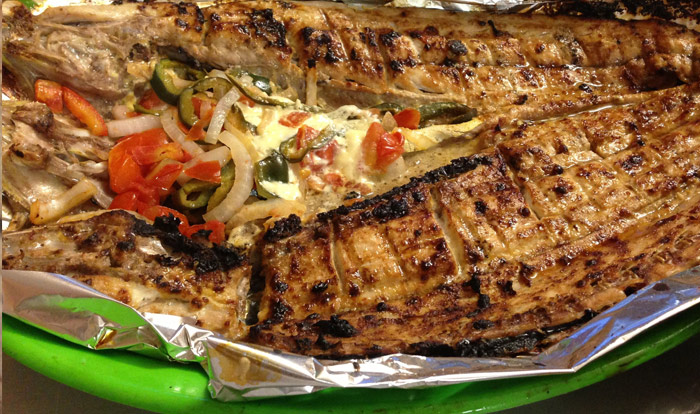 It is not strange then that it is a fish dish, preferably red snapper, opened in a carcass, seasoned, smoked on a grill with mangrove wood, and accompanied by vegetables, it has been known in Mazatlan lands for centuries.

Now it is a favorite dish for families because with a single fish of several kilos you can feed everyone until they are full. Usually, in the restaurants, they show you some fish so you can select the one you want to be prepared.

There is a great variety of recipes to prepare it and the paste with which the fish is spread before placing it on the coals is part of the secret of the flavor with that delicious smoky flavor. 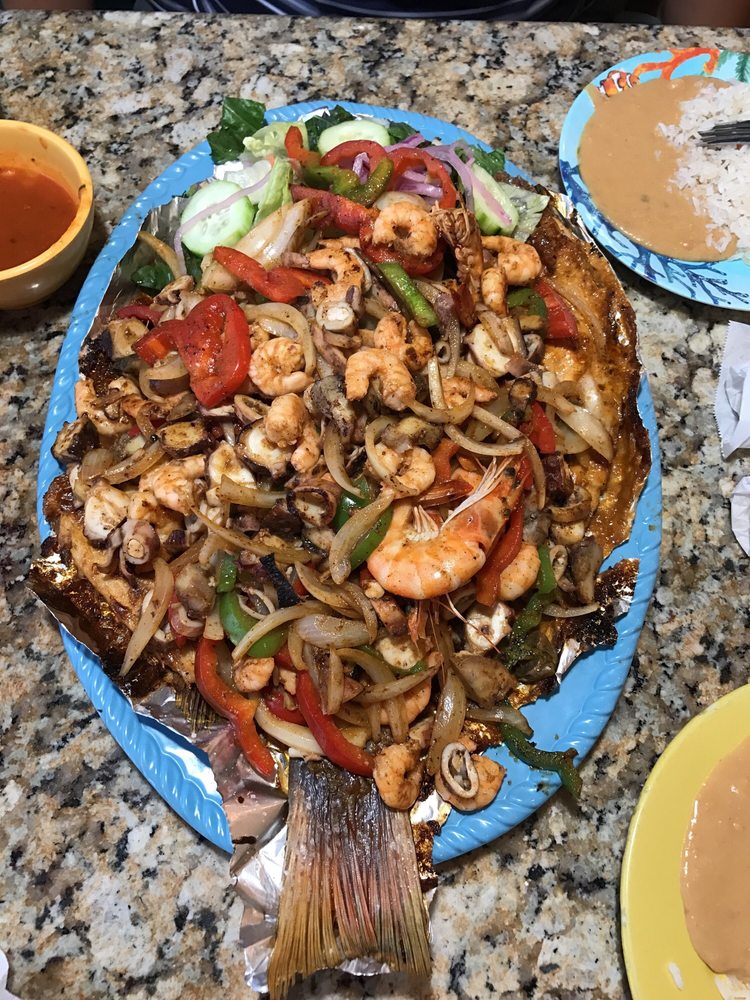 Where do you like to eat Zarandeado Fish in Mazatlán?

We want to hear your opinion of where you eat Pescado Zarandeado in Mazatlan but here we tell you some places in case you do not know where to try it.

Chalios has 2 branches very close to each other, one located where Carlos Canseco avenue and Francisco Solís Avenue are crossed almost in front of the Smart Gas gas station, are some palapas where you can also order some ceviche or aguachile while they prepare a fish of several kilos to share.

When you arrive at La Puntilla seafood at mealtime you can smell the charcoal where the shaken fish are being prepared and also have the option of fillets Zarandeado by itself to a person you fancy. The person who prepares them here has many years of experience in the preparation of this dish

In the palapas that are located on Avenida del Mar from the old safe to the Aguamarina hotel, you can see from the boardwalk the steam of the fish cooked in charcoal. One of the most popular palapas is Puerto Azul, although you can visit any of them and enjoy a Zarandeado fish while you listen to the sound of the waves.

On the island of the stone

In the restaurants of the Isla De La Piedra many people have told us that they have tasted the best version of Pescado Zaradeado in their life. Visiting the island is quite an experience and it is worth taking a walk to enjoy its beach and eat deliciously.

Make sure you stop at Restaurant Cerro Los Chivos