Churros are definitely a delicious, cravings-worthy treat. But at the US-Mexico border, women are claiming a 21-year-old churro seller might be the best snack in town.

Francisco Vega is a young churrero from Tijuana who’s gone viral after a woman posted a video of him on Facebook. Vega wears a backward dad cap below a cowboy hat and carries churros in a basket with one hand. His arm muscles are quite visible as he carries the traditional dessert around cars at the border. “¡Barato, barato!” he yells in a video by Televisa Tijuana, as he sells his merchandise.

Vega – whose friends nicknamed him “Choche” – says women always ask him inappropriate questions, like “¿A qué hora sales por el pan?” or “No quiero churros, quiero llevarme al churrero.” “They say a lot of stuff, but we handle it,” Vega told Televisa Tijuana. “It’s not boring.” 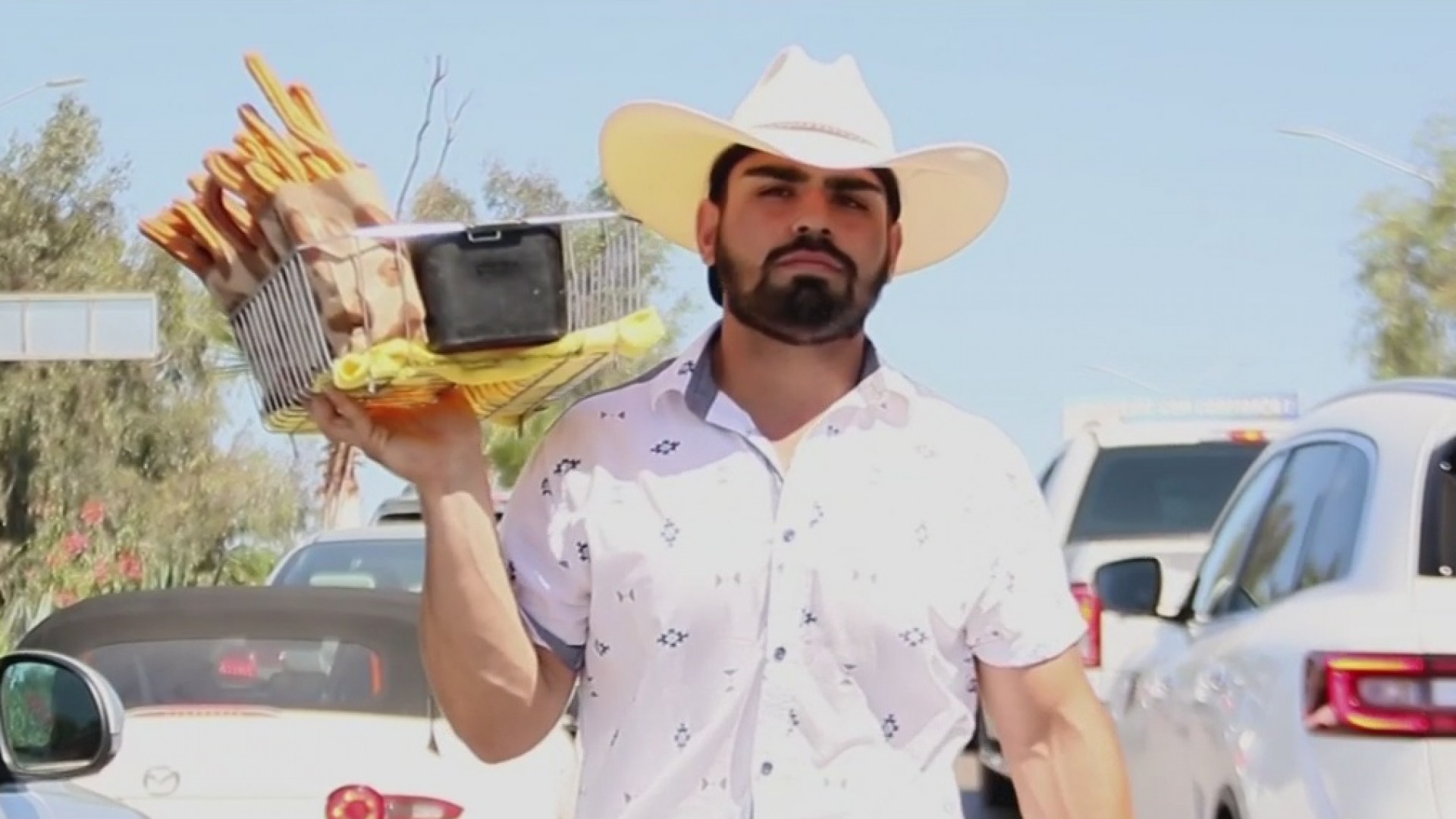 The young churrero has worked at the Garita de Otay since his teen years. He actually left the job for a year, and only returned two weeks ago, which is when he became the most sought-after churrero in Mexico. But his time as a churro seller might come to an end soon. He plans to go back to school to study engineering in February. He’s also taking classes to learn English.

But for now, Francisco Vega will sell churros and make women at the border drool. Watch Vega sell his churros below.

Do you love Oysters? then save this date to attend the Oyster Fair in Celestino Gasca