In Mazatlán, motorcycle accidents leave more deaths than car mishaps, despite the fact that they are second in the statistics of road accidents. The lethal combination is speeding, not respecting road signs and lack of expertise, plus a very weak law.

Mazatlán, Sinaloa.- That morning in August 2019, Kevin Miranda was on his way to work on his motorcycle. He was driving along 5 de Mayo street, in the center of Mazatlan, when he passed a car on the right, the vehicle was going to turn in that direction to take Miguel Hidalgo street but he did not turn on his signals. Kevin did not notice the maneuver and collided with the side of the unit.

Kevin remembers that due to the speed with which he was driving the motorcycle was “embedded in the car”, and due to inertia his body was thrown four meters away, passing over the car.

-It’s worth it ma…!- was the first thing he thought when he was falling straight to the pavement. The result of that episode was an injury to the little finger of the left hand and a dislocation of the right shoulder. He lived to tell about it.

” I went flying and when I fell I put my hands in and thanks to the fact that I was wearing the helmet I didn’t hurt my face, because the helmet was all scratched and hit, he was the one who received the blow,” he recalls.

That day he was lucky, because the driver of the vehicle was a nurse from the Urban Health Center. She says that she helped him immediately, she took him to that hospital that is located just one block from there. They gave him medical attention, sewed and left stitches on his finger and adjusted his shoulder.

He acknowledges that he did not have health insurance or motorcycle insurance at the time. And although the vehicle took the worst part, due to the amount of material damage that amounted to thousands of pesos, its owner did not charge a penny.

This accident became part of the statistics of mishaps that are recorded every year in Mazatlan, with the hundreds of injured that remain in hospitals during this period. 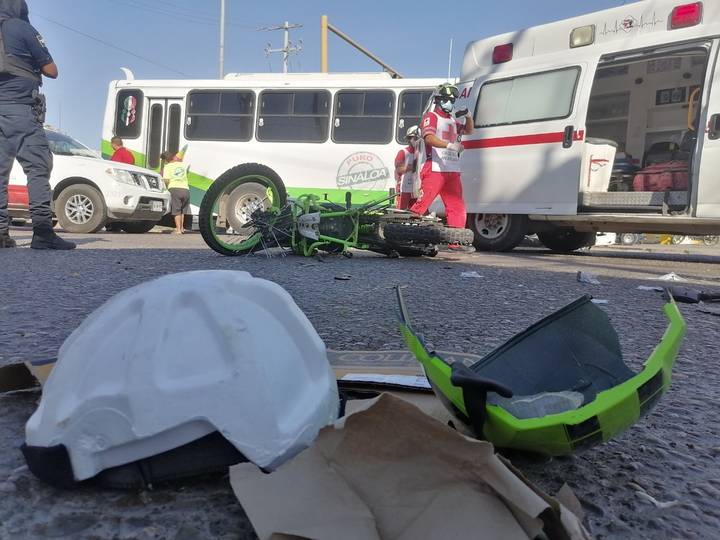 In the last three and a half years, 74 motorcyclists have died in road accidents.

In response to a request for access to information, the Subdirectorate of Municipal Traffic reported that motorcycle accidents are the second place of accidents in the port, only behind motor vehicles.

Roberto Jaime Rodríguez, head of Traffic Education of the Delegation of Roads and Transportation in the municipality of Mazatlán, says that the motorcycle in the port came with the celebration of Motorcycle Week, back in 1996.

Before that international event, this two-wheeled means of transport was used only for work, mainly those who were dedicated to collection, then a trend began in motorcycles for fun and hobby or as a way to imitate the “bikers “ .

Today the motorcycle is used as a work tool due to the boom in delivery applications, but also as a means of transportation.

” Right now it has become a work tool, it is a vehicle that consumes less gasoline, it is light, easily accessible, economical, there are very practical places to park and that is what people have also sought, through the vehicular boom that has come Because of how the roads are located, the motorcycle is an option to get around faster and easier ,” he says.

The official says that the motorcycle as a vehicle is a good option, that it should bring benefits and not as many prejudices as those it generates.

Statistics indicate that of the 5,744 accidents in the last three years, in 5,585 cases the fault was the driver (97.05%), in 81 cases it was the pedestrian’s responsibility, in 44 cases due to vehicle failures, in 29 due to poor road conditions; in five reports the causes were not specified.

The state and municipal authorities in matters of roads and transit recognize the use of cell phones, being distracted, driving at excessive speed, alcohol consumption, sleep or a combination of the three as the main reasons for accidents; also contempt, not respecting road signs and lack of skill or experience to drive.

In the specific case of motorcyclists, the cause of accidents is not respecting the lanes of roads, getting between cars, passing on the right, getting into blind spots where the motorist does not see them, making surprise turns and jumping medians. 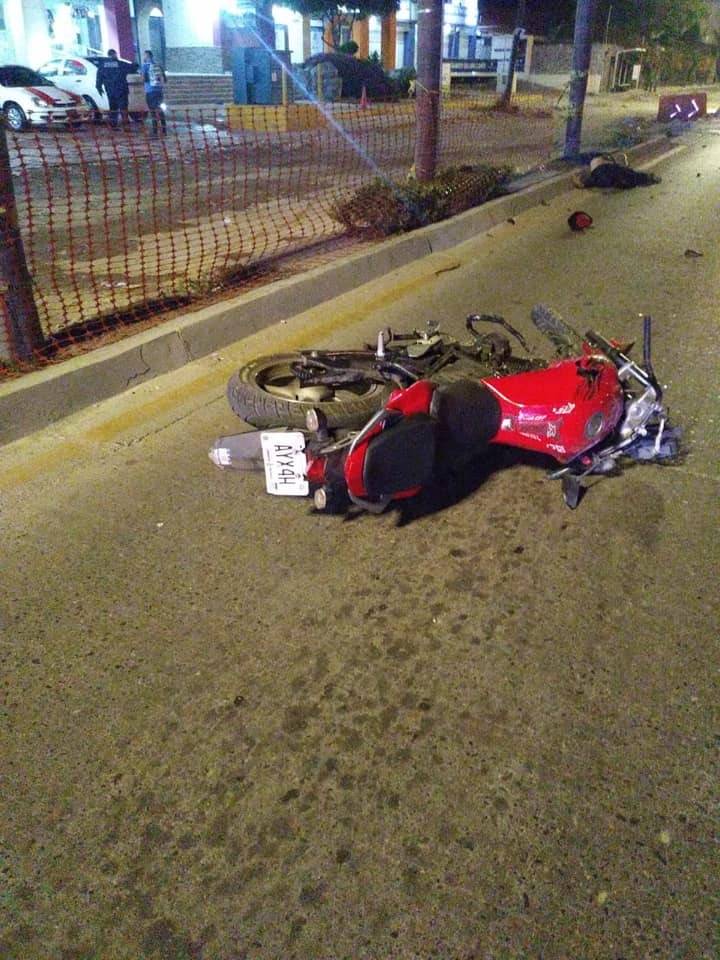 Most motorcyclist deaths are from not wearing a safety helmet. Photo: Fausto McConegly | The Sun of Mazatlan

Rescue and assistance groups such as Veteran Firefighters have pointed out that most motorcycle accidents involve young people between 12 and 25 years of age.

Injuries in an accident usually range from delicate to serious, beyond the material losses, which can also be considerable, a large percentage of drivers end up with serious injuries or irreversible damage.

Fractures in the tibia and fibula, ribs and skull, are some injuries, it has also been seen that people have amputated legs and hands, since they are practically pressed between the motorcycle engine and the defense of the vehicle that hits them.

These cases usually occur due to not driving with safety measures and the predominant trend is that they refuse to use a safety helmet.

Kevin, who lived to tell the tale, says he was riding a motorcycle for just a year and a half when his accident occurred. It was her means of transportation to work and school. He confesses that it was not the first time that she tried to pass on the right, but since then she has learned her lesson.

Sometime later he bought a car and being now on the other side, he has realized many things that he did not realize or did not take due importance to when he was riding the motorcycle.

” The motorcyclist has a lot of responsibility in the road culture, more than one motorcyclist exceeds the speed limits and commits this type of violation of passing on the right, they zigzag, passing from one lane to another without measuring the danger, “acknowledged the young man.

More extensive data provided by the Road Education Coordination, where they keep a count of the deceased, both at the scene and in hospitals, show that although motorcyclists are not the ones who participate the most in mishaps, they are the ones who more die in these accidents.

After pedestrians and cyclists, the motorcyclist is a user of the public highway who has a high percentage of vulnerability, since a blow or fall means certain injury for the driver, since the impact is direct to the body.

– Wear a certified helmet, although it is not mandatory, it is recommended to invest in your safety, wearing a plastic skeleton that covers the chest, as well as knee pads, elbow pads and gloves.

– Turn on the lights.

– Use travel lanes as designed.

– Be on the lookout for traffic movement.

– Do not get between the cars.

– No more than two people can go on board, it is not family transport.

Numbers of accidents in Mazatlan by year

– Collision with pedestrian (run over): 92

– Collision with pedestrian (run over): 71

– Collision with pedestrian (run over): 30