The Swedish design furniture company is already looking for managers to join its first store in the country and everything indicates that it will be in the capital of Jalisco.

The Swedish furniture design company IKEA will open its first store in Mexico in 2019, and everything indicates that its first foray into the local market will be in the metropolitan area of ​​Guadalajara, according to the vacancies that the firm It has begun to publish on its official website and on the professional network of recruitments LinkedIn.

The European company is recruiting people to work in “the first IKEA store in Mexico” and the vacancies will be “based in Guadalajara (Mexico) … You must be available to start (to work) at the beginning of 2019”, according to the announcement of the company.

IKEA spokespersons were not immediately available to comment on more details about the upcoming opening, but the announcements on the IKEA page and on LinkedIn promise the opportunity to “be part of the IKEA establishment in a totally new market.” 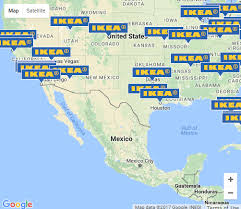 With more than 400 stores around the world, IKEA is present in 54 countries through its department stores, where it offers home design furniture with the philosophy of selling them at low prices that are affordable to people. Last year its stores were visited 936 million times, and the business generated sales by 38.3 billion euros.

Do you want to work at IKEA in Mexico? Here we tell you how

The expansion of IKEA led to the opening of 14 new stores in 2017, last year it ventured into Serbia for the first time and this month it has just opened its first store in India, where it decided not to sell leather products to adapt to the values ​​of the Hindu culture.

Since April 2017, the group of Swedish origin opened an office in Mexico City with a view to exploring the possibility of introducing stores in this country.

Internationally, IKEA’s business is operated through a franchise system with which it allows various franchisees to sell and offer IKEA products in specific territories.

“Ikano Group has already carried out market and distribution studies related to the establishment of IKEA stores in Mexico. Inter IKEA Systems BV (the owner of IKEA Concept and international franchisor of IKEA) has assigned us the Mexican market, “according to the official IKEA website.

On LinkedIn there are already a dozen people working for IKEA and Ikano Group in Mexico; Malcolm Pruys is a director and Jonas Burstedt is the manager of the brand’s expansion in Mexico.

IKEA employs more than 194,000 people around the world, and the number of jobs it will generate in the Guadalajara store and its global plan in Mexico has not yet been revealed. Here you can consult the requirements that the company is requesting to work with them.

The Federation of National Chambers of Commerce, Services and Tourism of Sinaloa forsees an economic spill of 292 million pesos for Sinaloa on Father’s...

The authors and Bitcoin